Being in the Moment

Check out the whole series so far on Medium.

I haven’t blogged in a week because I was really living in the moment each day, focusing on my commitment to the free mindfulness course, which trickled out into my daily life with work and family. It seems like a subtle shift, but when I am working with a student or client, I am really there, connecting with him or her. If I’m with my kids or husband, it’s the same thing; being there, hearing their voices and engaging in what they are saying.

Like week 1, week 2 revolved around a daily commitment to both a formal and informal mindfulness exercise and to log both experiences. The formal was to continue with week one’s body scan meditation but alternate it with another meditation called the sitting meditation. The informal was to notice how we experience and process pleasant events. 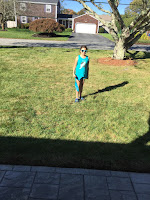 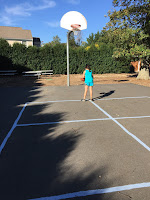 I honestly wish I could just keep doing week 2 and not move on from it because it is providing me with these very grounding and positive elements of my life that require no purchasing and no evaluating. Especially the informal exercise of how we experience pleasure. One that I logged was from early in the week when I found myself crying and hugging my daughter in a spontaneous moment of realizing that she is now taller than me and, thus, growing up. This moment occurred as we were rushing around the super market and hurrying out to the car with the cart, my daughter ahead of me, almost at the car, when I noticed a baby and her father. The baby beamed at me and I said something that I used to hear over and over when my girls were little, “She’s so beautiful…Savor the moment! It will go by so fast.” The father nodded and let me know that this was “number three” so he knew exactly what I meant. By the time I reached the car, my daughter was impatiently waiting for me, but I was already crying. I grabbed her into a hug, and she let me, she even soothed, “It’s okay, Mom” even though I don’t think she knew exactly what my tears were for. That moment of releasing the tears and hugging her was such a rush of pleasure and contentment, and I don’t think I would have been able to fully rest into that moment had I not been doing these exercises all week. Just like what happened this weekend, with the kids being home on Friday for a PD day from school and my youngest and I having some time by ourselves. The weather was summery, and so we went outside, did some basketball, our own version of tennis (see the pic above), and some wiffleball. Running and laughing with her was perfection…and something I’m not sure I would have slowed down enough to even think of doing just two weeks ago. My stomach muscles felt worked in a familiar way—that bellyache you get from laughing too hard. When I logged that moment, I wrote, “I had forgotten how good that feeling is.”

I had other moments I recorded and the feeling I had each time the actual sensation in my body was described each time as “a rush” or “relief” or “warm” or “connected” or “fulfilled” and these were all moments I had with others, co-workers, children, spouse, and even by myself—during a meditation where the window was open and the breeze was brushing against my hands.

So, it’s no wonder that for this week, I really looked forward to the exercises—based on everything so far, they made me feel good! What I also notice, as I look back on week 2, is that I’ve managed to embed the mindfulness practices into my daily routine so that even when it was a day that was so full I couldn’t fit in meditation until the end of the day, I still wanted to do it; it wasn’t a chore. One day, I came home from work and everyone was out at an activity so I just went right into my bed room, stretched out on the floor and did a ten-minute body scan. I was interrupted when my husband came barging in, but I just told him I needed 10 minutes and I started again. I think because I told my whole family that this was a commitment I was doing for the next 8 weeks, I have been able to make it a priority…but not in a rigid or perfectionist way. The gift of this practice is that it has allowed me to learn how to be flexible and realistic in my expectations of myself and others. I allowed myself to kind of “rest” into mindfulness instead of, as I call it, “trying to get the A” (i.e., be perfect). So, if that meant not meditating at the same time every day but rather allowing myself the freedom and self-trust fit it into the day as it unfolded, then so be it.

Some other ways in which I “rested” into the mindfulness are that I decided that meditation works best for me if it is between 10 and 15 minutes as opposed to 30. I also realized that guided meditations are fine if the voice feels soothing and doesn’t distract me from the actual mediation. So, what I did was find some alternatives to the mediations that are utilized in the course. I used this for the body scan meditation and I used a script that I tailored to my own needs for the sitting meditation. I also allowed myself a day off this week, and I am allowing myself to do week two for a few more days this week…mainly because of Mother Nature who decided to surprise New England with a bit of a Nor’easter that has rendered us without power. I type this in the candle light as my girls play Uno for the millionth time saying, “It’s like old fashion times!”

As we set off into this old fashion evening, with candlelight and flashlights (yes, and the winking and blinking of iPads and laptops), I wonder if I will begin week three or let myself linger in the loveliness of week 2 a little longer… 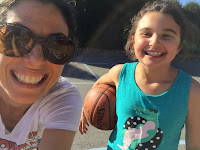