Recently I discovered a file marked "Media: 2003-Present", except it clearly doesn't contain anything from the present as most of the articles I found make bold exclamations about my rising career as a self-published author—my "present" couldn't be further from that reality. Despite my lack of success at becoming the next Judy Blume, these articles do reveal what my life was like during this period of my time, and they contain so much hope and enthusiasm it is hard not to get caught up a little in the what-if game (come on, you play it, too!). Now that I am two years into my forties, I can look back with detachment and even a little awe—I did accomplish a lot for a nobody-writer. So even if those dreams didn't come true, they are fun to remember.

Below are some of my favorite articles about that initial dip into local celebrity... 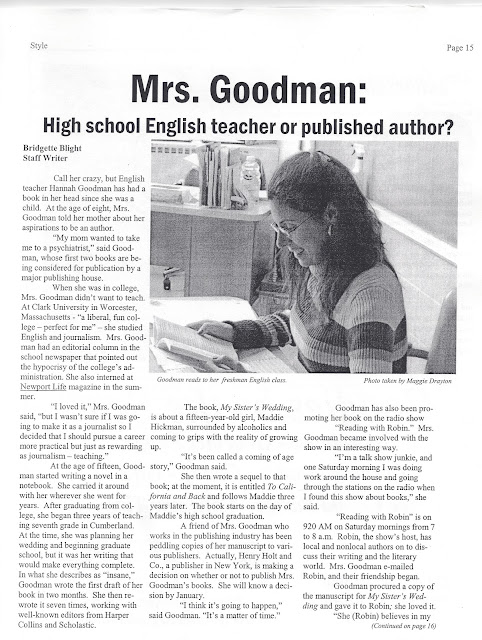 What is particularly funny to me about this is that basically the writer is questioning my sanity...which, looking back, makes a lot of sense! 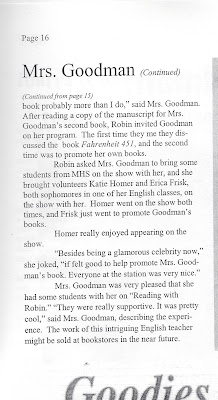 Really, things were looking hopeful and promising...the New York publishers were calling...Also, I was VERY pregnant in this picture. 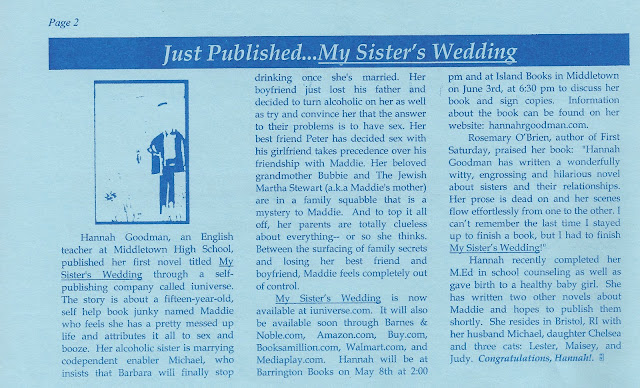 Now this is a little newsletter from the school district I last taught in...shocking that they refer to the characters having sex! Don't think this would happen today! 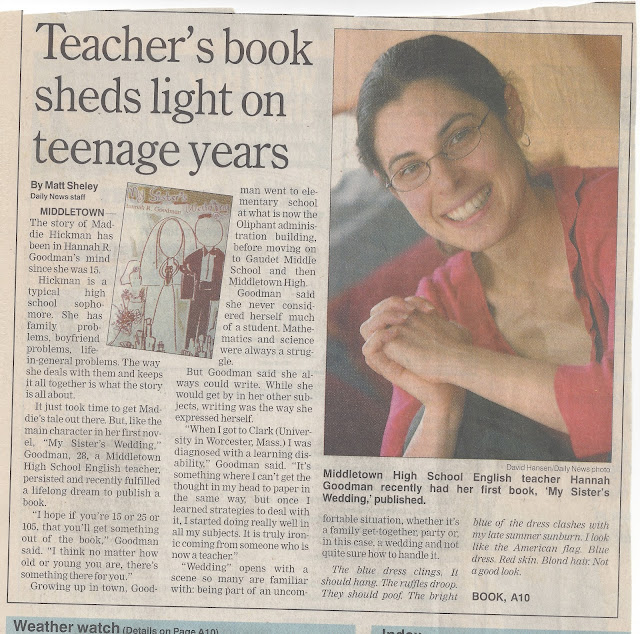 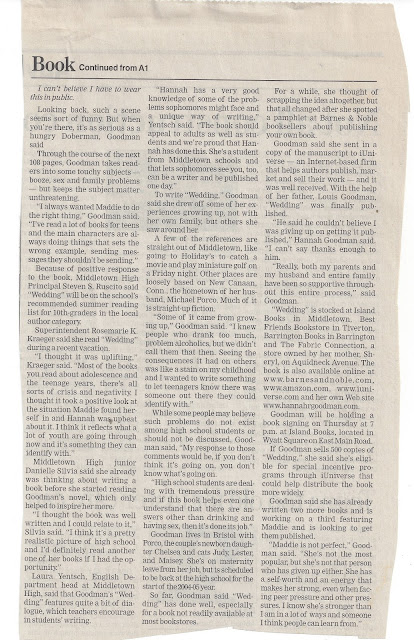 What's great about this article is how my superintendent READ the book and my principal put it on the summer reading list. Very cool. The reporter made me feel like a celebrity. I mean I was on the front page of the paper, so come on! 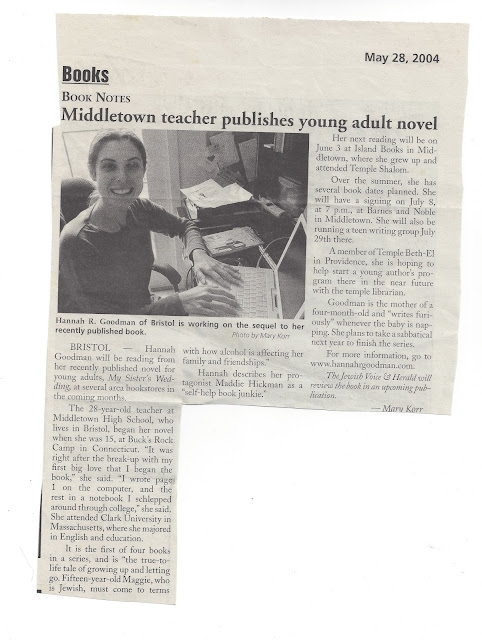 Probably what I like the most about this article is that they call the main character "Maggie" instead of "Maddie". Oh, well. 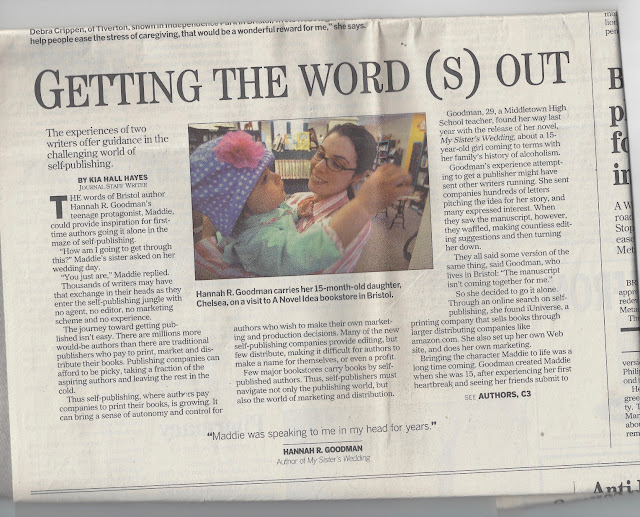 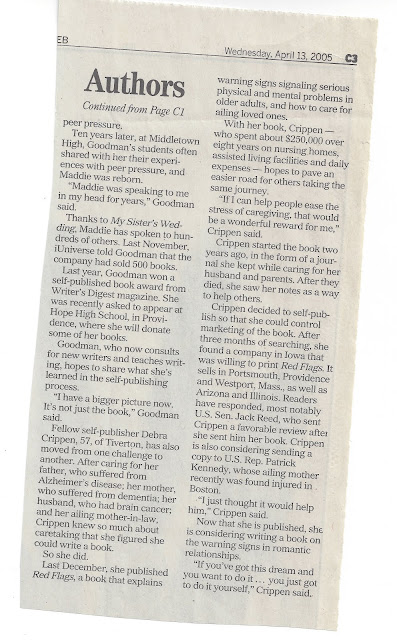 I was particularly proud of this piece in The Providence Journal because they had been rejecting me for awhile when I sent them the first press release. This felt like a real victory to me.

Though this is a very small blurb, seeing the words "first place" next to my very first novel was really the best moment for me. After that, no other accolades about my novels really could compete. 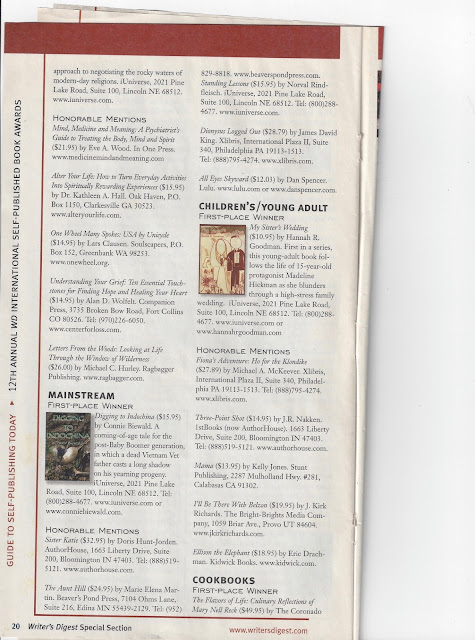 And...my first review! This appeared in KLIATT, which is no longer in print but at the time was a pretty big deal! 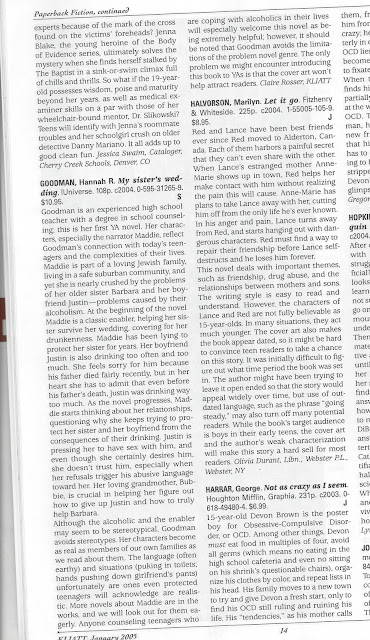