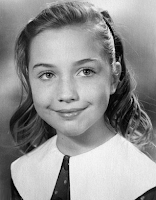 We both had wanted to achieve these goals since we were young girls. We both worked for years and years, did all the things one is supposed to do to achieve these respective goals, and yet, we both failed. 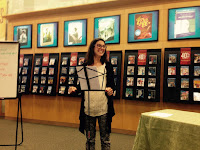 And, for both of us, it looked like we might succeed for a while. The people around us, the way things were turning certainly made it seem possible.

We are both strong women, with point of views, opinions, and ideas that are important, that matter.

And, we are both hurting right now.

And as she stares down the barrel of soon entering some of the final decades of her life, she knows that this last opportunity to succeed at being president is gone.

This will be her legacy. The women who tried and failed to become the first female president.

As I cross over into middle age, as I begin to see the next half of my life I see that I cannot keep banging my head against the wall.

The four books I’ve tried to get published over the last decade and a half, the two failed agent relationships, the failed anthology, the failure to launch myself as a novelist this took up the second half of my twenties, all of my thirties, and it started to creep into my forties.

Hillary, I admire you and all your success and so I invite you to join me in giving up the childhood dream. Let’s let go of that dream so that we can have the space to allow other dreams, other desires, other goals to come into our overly focused perspectives.

What we do right now is what matters.

Hillary, what are you going to do right now?

I’m going to pick up my pen and keep writing, but the writing is not to impress an editor or agent. The writing for is for the value of expression, the individual mark of me.

It’s for us, those who failed to make their wildest dreams come true.
Hannah R. Goodman, 2015. Simple theme. Powered by Blogger.