BLOG HOPPING ALONG!
I’m bloghopping again! It was just a few weeks ago that I was tagged by one of Sucker Literary Volume 3 writers, Kristina Wojtaszek to jump on a blog tour for writers of various genres. Take a look at that post here.
But many months have past, and I am an ever-evolving and changing Gemini, so I found that I had something new to say about my work, and myself—even just 5 months later.
I want to thank Sarah Towle, fellow sister-chick at Hen&ink Literary, for inviting me along with coopmate Pen Avey on the tour. Pen is posting today too, so check her out here. I think our bloghop started when Sarah was tagged by another sister-chick, author/illustrator Wendy Wahman. Wendy also tagged our agent Erzsi Deak.
Keeping it all in the family. Cluck, cluck!
First, a bit about Sarah Towle:

Sarah Towle writes creative nonfiction histories that bring the past to life through first-person storytelling and interactive games. Her concept combines the traditional power of narrative with the latest in technology and represents a new direction in digital publishing. Sarah’s debut StoryApp, BEWARE MADAME LA GUILLOTINE, A REVOLUTIONARY TOUR OF PARIS, is a bilingual treasure hunt to the French Revolution guided by murderess Charlotte Corday. It launched in July 2011 to raves, especially among teachers, warranting publication in formats used in libraries and schools. It is now an interactive eBook for iPad, and—just last week!—the print edition went live on Amazon. Sarah is currently offering a FREE pdf of the book in exchange for a review. CLICK HERE to request your copy. You can learn more about Sarah at her author website. Also, her burgeoning twin digital imprints, Time Traveler Tours & Tales, are now open for author submissions.
Don’t go yet! I’ve got some updates on my new, steamy NA book. Read on to hear about my writing.

What am I working on?

…a steamy NA story involving four different points-of-view. I wrote it feverishly back in Nov ‘12 for my first (and so far, only) NaNoWriMo. Originally, this novel was part of  another series, which is YA, that I finished writing not too long ago. I wondered what happened to them 4 years after high school and thus, the inspiration for the book.

I sent some of this to my agent (who is part of this blog hop!) after polishing it up (back in November of last year) and her first response was… can you change the character names?

Her advice wasn’t about the names, per say. Strategically speaking, I understood what she was suggesting. For years I have been writing a YA series that involve a specific set of characters. My agent’s suggestion was maybe try to start fresh. Though I felt all kinds of heartache over the decision, I wanted to grow—heck, isn’t that what we want as writers? So I came up with new names for the characters and did a revision. She read it and what became clear to both of us was that I needed to decide if this was a book from the series I had been writing or if it wasn’t. More importantly, changing the names wasn’t enough. Kind of like when Axil Rose tours now with what he calls Guns N’Roses but the people on the stage, they aren’t the players of the Guns N’Roses I knew growing up. In other words, this version of the book was trying to be something it really wasn’t.

So I decided to take a leap of faith and create all new characters, which meant a lot of off-the-page work, with character interviews and charts and plot sequencing and changing back-stories, etc.

But guess what? IT WAS FUN!

Though, at first, it felt like a betrayal, like I was replacing my whole family or something…like I had left my husband and children and then replaced them with new ones. I felt guilty, my inner Jewish mother was clutching her hanky and crying, “Oy vey, my babies!”

However, as I did the off-the-page work, I felt the freeing sensation of writing something brand new, and instead of feeling as though I abandoned another set of characters (or my entire family) I came to the stunning and mature realization that my creativity is not about the way I live my real life! And, THAT’S THE POINT OF FICTION! Characters are not family or children. They are us (we, to be grammatically correct), slices of ourselves imagined into scenarios we create. This is FICTION. LET IT GO!

And I did! The new version was met with MUCH enthusiasm by my agent. I think she said this was the best I’ve written so far.

Right now, I am doing another revision that’s all about uping the voices of each character and fleshing out one in particular who was lacking against the others.

And that’s what I’m doing now.

How does my work differ from others of its genre?

My intention is to reveal the full dimension of characters and to not censor relationships or the shadow side of the human condition but I try to leave my readers with a sense of hope.

Why do I write what I do?

It’s fun. Seriously, I've answered this all kinds of ways in the past. Poetry to writing, love letters to writing, etc. Don't get me wrong, I journal because I have to let out the shit that gets stuck in my brain and causes me to tweak and freak. But I write fiction because it is FUN and a perfect escape from everyday, adulthood life. I used to write to right the wrongs I felt I had in my life as a teen or young adult. Now, as an adult, I write about those years, but it’s more for the fun of it. Not to mention my day job as tutor and coach to teens really gives me great copy!

How does my writing process work?

My rough drafts are fast and furious without censorship or edits. Then I let it sit, let it gestate, let it breathe. Then I take it back out and read and mark it up with what is wrong. Let it sit. Go into each section that I’ve marked up and revise those areas first. Let it sit. Then reread the whole thing for final-ish revisions. Send to agent and she says AWESOME : ) The last part is my prayer.

Thanks for reading! Now check out Whitney Stewart, who I've tagged for the next stop on our blog tour. Her post will be live on August 4th! 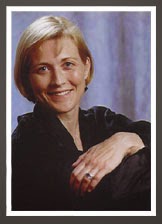 Whitney Stewart has been writing children's books since 1990. She wrote her first two young adult biographies after she interviewed the Dalai Lama in India. She followed up with biographies of Sir Edmund Hillary, with whom she trekked in Nepal, and Aung San Suu Kyi whom she interviewed in Yangon (Rangoon) in 1995. Whitney also writes fiction and nonfiction for younger children. Who Was Walt Disney? (Grosset & Dunlap) is one of her most popular books. Her latest picture book is A Catfish Tale (Albert Whitman), a bayou retelling of the Grimm brothers' A Fisherman and His Wife, illustrated by Gerald Guerlais. Look for Sky Wide Mind: Meditation for Kids, illustrated by Sally Rippin, coming in 2015 (Albert Whitman).
Whitney also write for adults. Her current "Finding Reiner" series, about her adventure travel search for a missing WWII soldier, is gaining speed on TravelGumbo.com: http://www.travelgumbo.com/blog/finding-reiner-disaster-to-discovery

Exciting writing news! Enjoyed the update and the insights.

Would you recommend the NaNoWriMo experience? Would you do it again?